Our tick control methods eliminate the problem to keep you, your family, and your pets safe.

“I know runners who have suffered a tick bite and ended up with Lyme disease.

Let’s face it, ticks are bad news! If Don Kardong would rather battle an angry moose than a tick, that is telling you something. The worst part is that Lyme disease is not the only disease that ticks can transmit. Furthermore, they can infect both you and your pets. To top it off, removing a tick incorrectly once it has attached itself can result in a serious medical emergency. At Canady’s Termite & Pest Control, we care about our customers in the Princeton, North Carolina area and want to help you avoid the painful bite, incessant itch, and potential health effects that having a tick problem can mean. Our tick control services are an effective defense against a tick infestation. 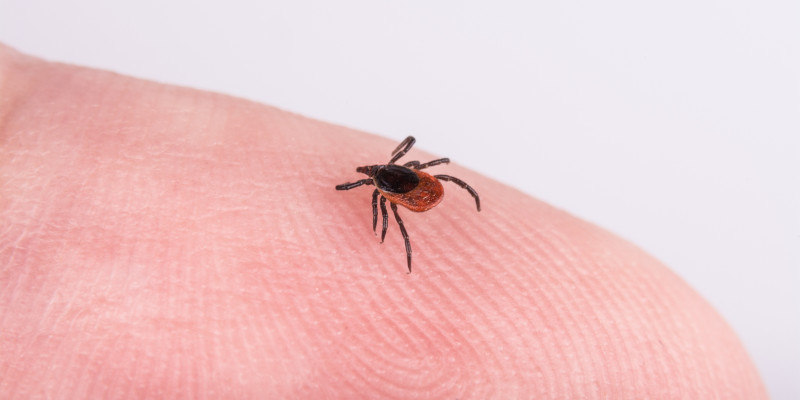 It doesn’t take much for a few ticks in your home to become an infestation. A female hard tick can lay as many as 2,500 to 3,000 eggs, which can hatch pretty readily in warm conditions but can also survive and hatch months later if the conditions aren’t suitable. What that means is that you could believe you have a tick situation under control once winter sets in, while the reality is that the onslaught is just waiting for warmer days.

Our tick control methods work for both hard ticks and soft ticks, including the roughly 80 different tick species that we have in this country. We start with a thorough inspection of your home to determine the type of tick and the degree of infestation. We then formulate a plan of attack and go over it with you, including steps you should take to avoid having your pets bring in more ticks during the process. Reach out to us today with any questions that you might have about tick control or to schedule an appointment.

At Canady’s Termite & Pest Control, we offer a full range of pest control services for homes and businesses in the Fayetteville, North Carolina area.