Ant control must be done properly to avoid the queen going into overdrive to replace lost ants.

Ants are one of the many pests that you could have in and around your Fayetteville, North Carolina home that may result in an even bigger problem if you try to perform the wrong ant control method. That is because ants have a highly developed communication system, and if you kill a large number of ants without destroying the colony and the queen, the queen will just produce more ants, and usually far more than what went missing. At Canady’s Termite & Pest Control, our ant control methods involve tricking the food foragers into taking bait back to the queen that will kill her while also eliminating the colony. 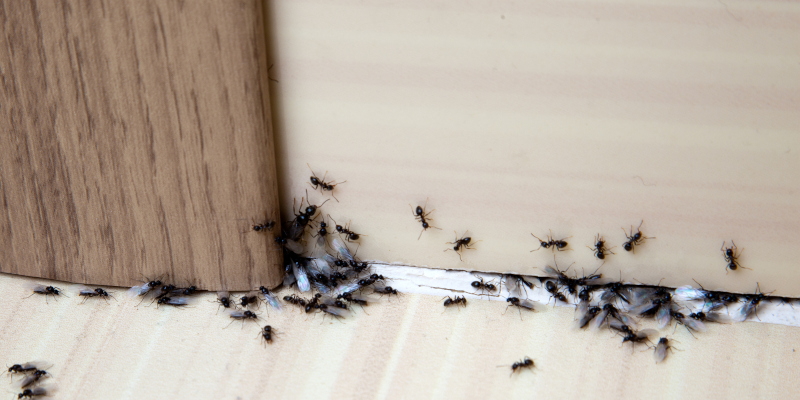 It is easy to think that the queen acts in a revenge manner, sending ants to your door to punish you for killing her foragers. Don’t take it personally, however, as the next group of ants just shows up following the scent trail of the previous ones. They aren’t there with nefarious plans to attack the person who killed their troops. They only want to find the food that they didn’t bring back. Unfortunately, since there could be even more ants this time, things can get pretty intense rather quickly.

If you are noticing ant activity in your home, it is best to call us to schedule ant control rather than take matters into your own hands and squash them. While a few missing ants won’t put the queen in overdrive, you need to be careful to avoid killing too many without killing all of them. Let us deal with baiting the queen and colony and putting up a barrier so future ant colonies will look elsewhere for food. Call today with any questions you might have or to schedule our ant control services.

At Canady’s Termite & Pest Control, we offer a full range of pest control services for homes and businesses in the Fayetteville, North Carolina area.